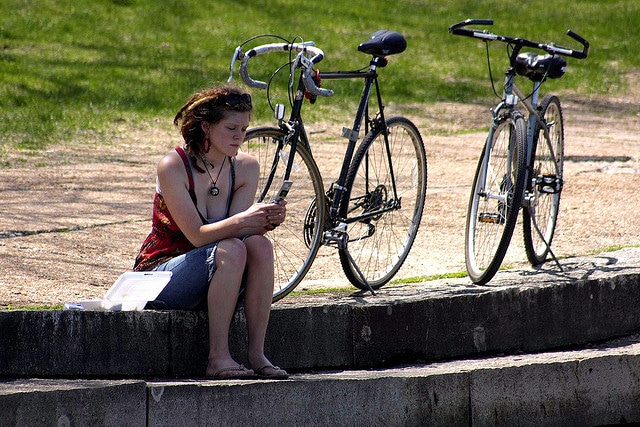 We’re familiar with the scene. A group of teens sitting together at the local diner (Friendly’s was the locale of choice; there weren’t many choices in the small town I grew up in) hanging out, ordering ice cream and french fries. Teen culture stays basically the same, generation to generation…they gather, they “hang out” and seem to exist solely to annoy other patrons of the joint. But there is a difference. The teens sitting together aren’t just sitting together but many are tilted with their heads down, tapping at messages in a cell phone to people not at the table right there.

While we sit and fret about the state of the next generation, their lack of conversation and obsession with technological gadgets, let’s wait in line at the grocery store, in a long line and check for text messages, send your partner a message saying you’ll be home soon with groceries and start in on your inbox until oh hey! It’s your turn and you’ve frittered away three quiet minutes in your day.

I was a living statue for years as a performance artist while I was working on my Master’s in graphic design. In the years I performed regularly, I (and other street performers, jugglers, and musicians) noticed a few shifts in our audiences. One was silly: more and more people were pointing their cell phones at us, making us feel as if we were being ‘beamed up.’ Another was more sobering. The number of people walking, heads down, headphones on, staring at a cell phone was rapidly growing. This is a frustrating scene to people who rely on active passersby’s who are engaged in their surroundings for their audience.

What else are we losing by tuning out?

In part, yes, we lose the in-person connection, the ability to have an immediate, impromptu conversation. We give ourselves a scripted experience: I send a text, you send one back. We don’t give ourselves the opportunity to be open to the world around us, we don’t let ourselves hear the musician on the street (whether that musician is a famous violinist or a child, or just a guy who’s learning guitar and knows four chords and two songs). We lose the unexpected by relying on controlled experiences. We also lose the moment to connect to ourselves.

Sherry Turkle in The New York Times agrees, “In our rush to connect, we flee from solitude, our ability to be separate and gather ourselves. Lacking the capacity for solitude, we turn to other people but don’t experience them as they are. It is as though we use them, need them as spare parts to support our increasingly fragile selves.”

It’s so easy to ignore our surroundings by burying ourselves in text messages, phone calls, and social media. Photo credit:Ron Wiecki

The uncontrolled experiences, though, are not only uncontrolled, they are unknown. Nothing bothers most of us like the unknown; we all fear it. When we release the cell phone with its predictable messages and social media validations, we are stuck with ourselves, our own brains and our own thoughts. Where could this lead? Utter, abject boredom. The good news is that boredom may be the mother of creativity. Don’t believe me? Scott Adams, the creator of Dilbert, credits boredom with his creative mindset. 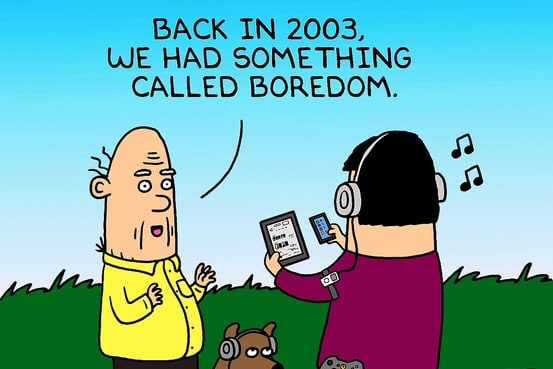 When I was a kid, we HAD boredom! In the snow, uphill both ways! What can those quiet moments, disengaged from music, email, or technology, do for your creativity?

In fact, imagination is a coping strategy during otherwise-dull moments; the time Adams spent in boring situations were the times he’d let his imagination take flight. But boredom is uncomfortable. It’s unknown, it’s blank, it’s vast, and it’s so immediate. The solutions to this vastness are nearly endless, which is also daunting. Where do you start? Kids start in on building forts, creating games, and wandering the woods. Adults pull out their cell phones, a quick fix, a quick connection, feeling falsely productive about texts and social media. What happens if you put that cell phone away to wander Joseph Brodsky’s “psychological Sahara” of boredom, engage in your surroundings, let your creative mind wander?

Not only will this mind wandering lead your imagination to fly (even if it DOES set you up for disappointment when you crash back to earth), it’ll likely lead to better creative work, AND it may also make you happier.

Even when your mind is wandering it is active. How active?

“[Boredom] is far from a passive neural shrug. Using brain-imaging technology, neuroscientists have found that the brain is highly active when disengaged, consuming only about 5 percent less energy in its resting “default state” than when involved in routine tasks, according to Dr. Mark Mintun, a professor of radiology at Washington University in St. Louis.” 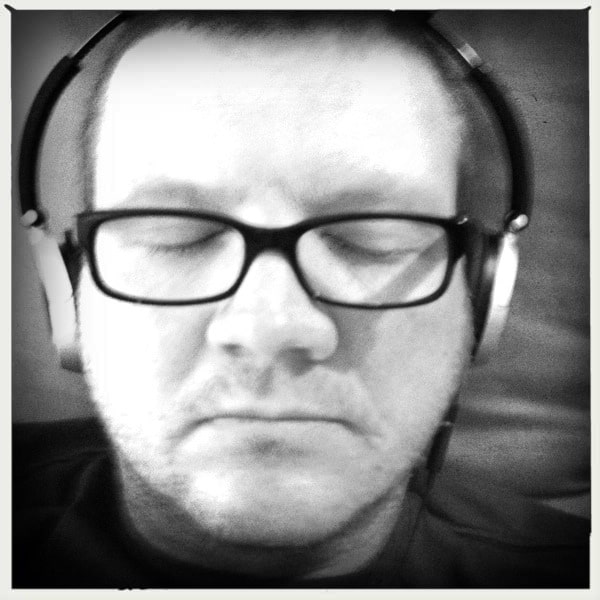 What are you missing by resisting the boredom? Photo credit:Gord Fynes

If your mind is nearly as active when you’re letting it wander as when you’re focused, let yourself mentally wander a little bit. Doodling can unleash new ideas and solutions, similar to the epiphanies one has in the shower or while stuck in traffic. Maybe it’s time to do one thing at a time, and allow the occasional moment of boredom to sweep over us, and allow our brains to steep in the present moment. Maybe it’s time to try conversations in person.

Maybe it’s time to look up and take it all in, boredom and all, and see where our imaginations take us. We’re artists, after all; it’s our job to reign in our creativity as best we can. 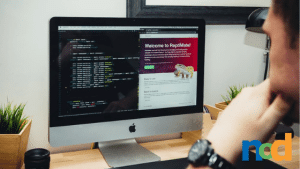