As human beings, we are fascinated by what something MEANS.

Philosopher David Hume observed in 1740, “Causality is the cement of the universe.”

We love knowing more. We want to know back stories, and we want to share our back story. How much fun is it to tell the history of how you met your partner or your craziest friend? It’s fun to tell, but it’s also fun to hear. We all love a story; human beings thrive on stories. Stories are a verbal history, a lineage. Stories connect us all. Isn’t each of us just a collection of stories, after all?

It’s no surprise, then, that we look for stories in practically everything. Television and media thrive on this impulse, creating shows that depict the “behind the scenes” of a film or play or music video. If a story or history isn’t immediately apparent, we invent a story, usually on the spot and without a lot of logic. Tabloids hang their hats on the fact that people want to read about their favorite celebrity, and that the truth is elastic and not necessarily important.

Think of the last toddler you saw who so desperately wanted to know “Why?” Part of us is still that toddler wanting to know why the sky is blue. Why is this logo green? Why is the bag brown? Why is my bankcard gold? Sometimes the logic is self-evident; the brown logo is for the local coffeehouse; the package with a tied string is for a delivery company. When the imagery is more conceptual and less literal, our imaginations take flight and rumors abound. Some of these rumors can be lodged in the public collective consciousness as the truth.

The Apple logo is ubiquitous. It’s on not only our laptops and iPods and iPads and iPhones, but also on car stickers and t-shirts and, yes, even tattoos. But where did the apple come from? Is it from Adam and Eve, the apple of knowledge, and temptation? Or is it from Alan Turing, who began computer science and artificial intelligence, who committed suicide by eating a poisoned apple? What about Sir Isaac Newton, recognizing the force of gravity in a falling apple? 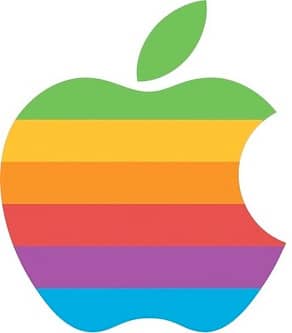 Like a Rorschach inkblot test, what do YOU see in the apple?

Sadly, none of these stories are as true as they are satisfying.

Rob Janoff, the designer of the Apple logo replied to these stories in a 2009 interview. “They are really interesting, but I’m afraid it didn’t have a thing to do with it. From a designer’s point of view and you probably experienced this, one of the big phenomena is having the experience of designing a logo for whatever reasons you design it, and years later you find out supposedly why you did certain things. And, they are all BS. It’s a wonderful urban legend. Somebody starts it and then people go ‘oh yeah, that must be it’. ”

We want to believe stories. We also are primed to create stories. Steve Jobs did not immediately dispute the theories surrounding the Apple logo; he allowed stories to build up around his logo and his company, creating a sense of connection as well as mystery to the audience.

Designers, particularly logo designers, can all create a sense of back story or history to our work. However, an actor in a theater may create a full history for a character, but only a part of that history comes out in the play. The history dictates the gestures, movements, and tone onstage and lends a richness to the character that could otherwise be flat. Consider this concept in design; choosing shapes because they are interesting or the default in Adobe Illustrator may create an acceptable logo shape, but it may be a bit flat, without depth or human touch. Go the extra mile to consider the potential story of shape, line quality, and color choice. Remember color psychology and your Color Theory classes! 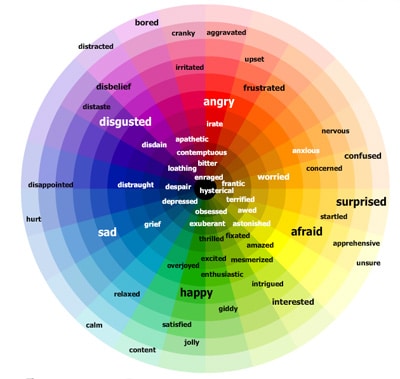 Check out this take on the classic color wheel from do2learn.com.

As in acting, the entire back-story is not going to be apparent to the audience. All of this hard work may not be visible; someone on the subway will not consciously think that the ellipse in your logo stands for continuity and the blue of the background for calm strength. In fact, the person may not consciously register the shape as standing for anything at all. Do not fret! Your efforts have not been in vain! Visual impressions are almost entirely subconscious and happen very, very quickly. Colors correspond with emotions and register on a deeply subconscious level. 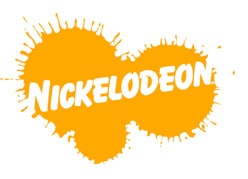 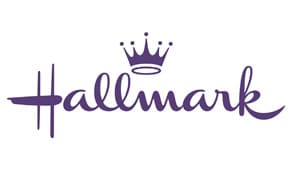 These logos use specific colors to elicit specific reactions from their target audiences. Use colors wisely and intentionally!

A bit of mystery can lead to a successful design; allowing the audience to close the gaps, whether it was what you intended or not, brings your audience closer to the design.

“One of the deep mysteries to me is our logo, the symbol of lust and knowledge, bitten into, all crossed with the colors of the rainbow in the wrong order. You couldn’t dream of a more appropriate logo: lust, knowledge, hope, and anarchy.” Jean Louis Gassée (executive at Apple Computer from 1981 to 1990)

Once you’ve thoughtfully and intentionally decided on a back story to the shapes, colors, and fonts to determine a beautifully artistic and memorable logo, what else do you need? David Airey’s Tips for Logo Design are handy to keep in your pocket!

Go forth, design with intention and forethought, and allow the audience fill in the story, even if it’s not the story you intended.