Sean Gallagher is a British photographer based in China. He has lived and worked across the world, spending extended periods of time in locations as diverse as Japan, Brazil, New Zealand, the UAE and Europe. His most recent work focuses on social and environmental issues, such as desertification and its effects across China, and has recently been published in National Geographic China and The New York Times, and screened at the COP15 Climate Change summit in Copenhagen as part of the Earth Journalism Awards. We spoke with Sean, upon his most recent return to Beijing from Inner Mongolia, to discover more.

Notes on Design: What brought you to Beijing?

Sean: In 2004, I was chosen to undertake a 1-year paid internship at the London office of photojournalism agency, Magnum Photos. At the end of this internship (in 2005), I was awarded a grant, which allowed me to buy a plane ticket to pretty much anywhere I wanted to go. At that time, it seemed obvious to me that China was the story of the moment. Within a few weeks of finishing the internship, I booked a ticket to Beijing. Notes on Design: How did you get into photography?

Sean: I’m completely self-taught, having first picked up a camera during my studies in Zoology at university in England. Upon completing my degree, I worked various part-time jobs; during my free time, I built my own darkroom and taught myself how to print black and white photos from books loaned from the local library. It’s a cliché, but seeing those images appear in front of me really got me hooked. I then took a photography workshop in Italy in 2003 – the first time I was surrounded by other photographers. This was an important moment for me, to find other people who saw and thought about the world in the same way as I did. I knew that this was what I wanted to do as a career.

Notes on Design: Have you always focused on environmental issues in your photography work?

Sean: As I studied Zoology at university, my studies obviously focused heavily on environmental issues. I have always had a natural interest in science and the natural world, so it seemed a logical step to try and focus my photography on the environmental issues that I had previously studied and genuinely cared about.

Notes on Design: You recently received a grant from The Pulitzer Center for Crisis Reporting. Why did you decide to apply?

Sean: I decided to apply to the Pulitzer Center on Crisis Reporting to seek further funding to continue my work on desertification in China – “Growing Sands” – which I had already been photographing for some time. After starting the work on my own in 2007, I received the David Alan Harvey Fund for Emerging Photographer’s in 2008, which helped me to continue my coverage of environmental issues in Asia. I wanted to push deeper into the issues surrounding desertification, so I applied for and received a grant from the Pulitzer Center in 2009. Notes on Design: What exactly is desertification?

Sean: Desertification is one of the most important environmental challenges facing the world today; arguably, it is probably also the most under-reported. I traveled over 4000km in 2009 on China’s “desertification train” (that dissects Inner Mongolia, Ningxia, Gansu and Xinjiang provinces), to bring light to this issue. Desertification is the gradual transformation of arable and habitable land into desert, usually caused a fuelled by the improper use of land. Each year, desertification and drought account for US$42 billion loss in food productivity worldwide.

In China, nearly 20% of land area is desert. As a result of factors such as overgrazing, overpopulation, drought and increased demand for groundwater, desertification has become one of China’s most important environmental challenges. As the effects of desertification increasingly appear, farmers are forced to abandon their land, levels of rural poverty rise and the intensity of sandstorms, which batter northern and western China each year, continue to intensify. Notes on Design: Can you tell us a bit more about your experiences of crisis reporting in China? For example, have you come across anything particularly difficult or unexpected?

Sean: I haven’t had too many difficulties with crisis reporting so far. The biggest challenge is being prepared for the unexpected. Reporting on desertification meant going to some pretty remote parts of China. During my travels in western Xinjiang, for example, we visited an ancient city in the middle of the desert, which had been abandoned. To get to the site we had to drive nearly 3 hours off-road into the desert. Two hours in, we experienced two flat tyres within the space of 10 minutes. We had no mobile phone reception and were completely cut off from the outside world. Our driver hitched a ride back to the town we came from with a passing farmer. We waited for 7 hours in the middle of the desert not knowing if and when he would return. Luckily, he made it back just before it got dark and we were able to continue our journey.

Notes on Design: “Growing Sands” has received a lot of attention lately. What has been the most shocking aspect of this project so far?

Sean: For me, the most shocking aspect of this issue is the scale and general lack of awareness about the problem. Many other global climate change issues seem to gain much more attention than desertification, even though it is one of the world’s most serious environmental crises. This body of work has recently been published in National Geographic China, which has been a great opportunity to reach out to the Chinese public about a crisis that is affecting their country. Notes on Design: What was it like to photograph North Korea?

Sean: Working in North Korea was a very surreal experience. Most of the time, we were not allowed to take pictures, which obviously made my job a little difficult. We were chaperoned by a government-appointed minder and translator at all times, which meant we had no freedom to wander and explore on our own. Many of my subsequent images from North Korea give the sense of isolation and distance from my subjects. Many are set against the vast communist-era architecture, giving the architecture a feeling of dominance.

Notes on Design: You have also ventured into video work. Can you tell us more about this?

Sean: My first serious work with video came up during my trip to North Korea last year too. The Globe & Mail asked me if I was able to shoot a video with stills; I jumped at the chance, even though we were just working with a small, entry-level camcorder. To be honest, though, this was all we wanted as anything bigger or more professional looking would have drawn unwanted attention. Sitting down with Mark Mackinnon, a Globe & Mail correspondent, after our trip, we edited the footage into 3 short videos. The whole process of shooting and collaborating with someone else in the editing and post-production process was a new experience for me, but one I really enjoyed. I knew it was something I wanted to continue.

Notes on Design: What do videos allow you to do that photography does not?

Sean: For me, video is just another outlet for the stories I want to tell. As the old models of photojournalism have changed in the past few years, more and more photographers are thinking about video and how they can use it to expand the way they tell stories. If done in the right way, we can start to explore more interactive, powerful and compelling narratives by using video, not in competition with stills or photographs, but in a way to complement them.

I’m very excited about the possibilities that video offers. The progression from stills to video is quite a natural one, and photographers have an advantage since they already have an acute awareness of essential concepts such as framing, light, colour and visual narratives. Being able to produce high quality visuals for editorial and corporate clients is very exciting, and offers both parties great creative possibilities for new projects.

Notes on Design: Do you have a particular body of work that you are most proud of?

Sean: I’m most proud of my recent work on desertification; to see the work begin from a self-initiated project to receiving grants, a number of acknowledgments in international awards and to be recently published has been tremendously satisfying. I hope I have played a small part in informing people about an issue of significant environmental importance, something that, perhaps, they were previously unaware of. Notes on Design: What inspires you?

Sean: Well, number one, on a personal level, is my family. Number two, would be science and the natural world. There is such amazing complexity and wonder in all these processes that have evolved naturally over millennia, that it is a continual source of inspiration. Photography is a way for me to try and understand the world. Number three would have to be other photographers and documentary/film makers. Seeing great work from people who care so much about social and environmental issues really makes me want to be part of this group who are trying to see the world for what it really is, and who feel a compulsion to inform others about what they witness.

Sean: At the moment, I am looking to shape this body of work on desertification into a book. It is such a vast and multi-layered issue, that it I believe it deserves a book to fully explain the many issues that make up the problem, whilst also presenting it in a visually exciting way. I am also looking into new, under-reported environmental issues that I’d like to begin covering in Asia. —
To find out more about Sean Gallagher and see his work visit gallagher-photo.com, and find him on twitter @gallagher_photo.
— 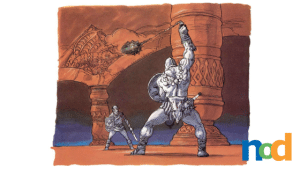