Stefan at his favorite spot in the studio

Graphic designer Stefan Sagmeister specializes in the unexpected. He is known for idiosyncratic and humorous work that always gives you the slight jolt of seeing something completely new. When it comes to his workspace, however, Stefan is a creature of habit. He has been living and working out of the same 700 sq feet duplex for the past 15 years. Sagmeister Inc. is located on the top floor of a respectable but not particularly fancy residential building on the border of the upscale shopping and nightlife area Meatpacking District in New York. While the space is low in square footage it’s big on light, air and scenery. The floor to ceiling windows open up to an impressive view of downtown Manhattan, making the apartment feel a little bit like an aquarium in the sky.

We were curious about why Stefan is so attached to this space and why he insists on staying there. So we paid him a visit to find out.

Tell me about the first time you came here?

The place was a complete mess. There was extensive water damage and the walls were brown. But I loved it right away. There was no staircase on the outside deck so I had to climb on the exterior walls to get to the top of the roof. And when I got there I just had to laugh – the view was so amazing. I had moved from Hong Kong where I lived in a small and crappy place so I could save my money to buy an apartment here. I told my broker that the most important thing for me was to have a place that really made me feel like I lived in New York. This was exactly it. The Droog lamp that was recently featured in T: The New York Times Style Magazine. “They had two fact checkers calling me to confirm that I hadn’t changed the light bulbs in 10 years.”

Did you get a good deal?

It was 1993, and the real estate market was depressed. The previous owner had bought it at a foreclosure sale. I offered them half the asking price and they accepted it.

What does this space mean to you?

I don’t get bored in here. Since I have NYC right in front of me I don’t feel burnt out when I’ve been in here all day, I kind of feel like I’ve been outside. It’s not too high up, you still feel connected to the street. If you’re on the 80th floor of a building the view might be spectacular, but you feel completely removed from it. Stefan’s Empire State building collection, with the real thing in the background. “I like all the variations in the shapes.”

Have you ever considered moving?

I’ve tried to kick the studio out and only use this as just my living space a couple of times. But the efforts failed because I couldn’t find a workspace that was equally good. It seemed counter productive to pay a lot of money to end up someplace that I didn’t like as much.

I see that the desks line up all the way to the kitchen. Do you have dinners with friends here?

In the winter we have our dinners at my girlfriend Anni’s place but in the summer we have them here on the roof terrace. We’ve gotten very good at carrying things up and down the stairs! Shopping cart chair by the artist Tom Sachs. “I bought in 1993. At first I was extremely tempted to just steal the concept and make one myself, but then I bit the bullet and bought it for $1000, which seemed incredibly expensive. I recently met Tom and told him about the chair and he remembered selling it. I guess $1000 was a lot of money to him too then.”

What are some memorable moments you’ve experienced in here?

When I moved in here I completely renovated the space but I couldn’t get the water leaks under control. The place was so badly built and the construction companies that tried to fix the roof leaks were also bad. So when we were working on the Rolling Stone’s cover Bridges To Babylon Mick Jagger’s personal assistant came to meet with us. Water was pouring in through the ceiling and we had placed metal pots everywhere. They made so much noise that we had to scream through the whole meeting. But the most wonderful times are during snowstorms in the winter. You feel like you’re part of the storm. And we get great sunsets. All the pollution from New Jersey makes them extra colorful.

What is your favorite spot in the studio?

It’s my desk by the big window. My dream place for a design studio would be in a moving train car. To see the landscape flying by would be just enough visual stimulation to keep the mind interested but not so distracting that you forget to work. Here I have the slightly moving landscape of New York City in front of me, which is a similar thing. But if I could find a way to be pulled around in a train car that would be ideal. An old-fashioned taxidermy fish from Montauk. “It has gotten beat up over the years because we lent it out for photo shoots.”

What is your relationship to the neighborhood?

I’m very attached to it. I feel like it has grown up with me. It has changed a lot, back in ‘93 the meatpacking district really was a meat market and there was nothing else there besides a few hardcore gay bars. I ended up here by accident, it was not a neighborhood I wanted to live in when I bought the place. Then I would have preferred the East Village. Now I’m incredibly glad that I don’t live there. I wouldn’t want to be a 40-year old living in a 20-year old culture. I’m very happy to be here where the stores and places cater to my interests and my neighbors are roughly my age.

You always sign off your emails with “100 greetings from lovely 14th street”. Why?

Because I’m happy to be here. I have been in New York for 15 years and I’m still not bored with it. It’s beautiful, just look at it! 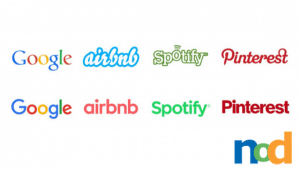 Homogenization in Design: The Danger of Trends 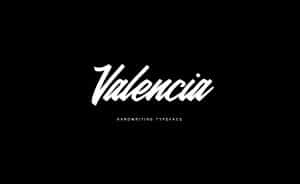