Superman: Then and Now 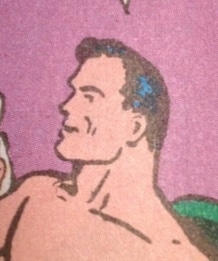 It’s a bird… it’s a plane… it’s SUPERMAN! While his sense of fearlessness and charisma have remained unchanged over the years, the striking features of this superhero have not. From post-war strength to a greasy 90’s mullet (not the proudest of moments), Superman has endured trends and cultural changes since conception in 1938. The original Superman – by Joe Shuster

With over 100 artists taking a stab at Superman’s studly features over the years, he has taken the shape of many different cultures, personalities, and eras. You can see this even in the early 70’s version, when Superman’s hair grew a bit and his facial expression took on the trials and tribulations of the times with their war protests. Superman’s facial expressions have been everything from stern and serious to understanding and relatable, when he’s not laughing in the face of danger that is. For his next makeover (and 75th anniversary/birthday in 2013), his face has gone back to its stern roots, showing him as a more formidable force to his enemies as he fights crime and saves lives. Superman has also lost the loyal tights and is sporting a more intimidating and modern armorlike suit. From cartoony to realistic, exaggerated to subdued, the Man of Steel will forever be an iconic figure of what Americans would like to believe their heroes to be.