Like any other school, Sessions College is not immune from events in the “real world”–which means that the series of natural disasters over last two months, ranging from hurricanes Harvey, Irma, and Maria to the wildfires in California, have affected many in our online school community.   One valued faculty member who has seen up close the dire impact of a storm is Sessions instructor and InDesign guru Jose Ramos.

A native of Puerto Rico, Jose has been on sabbatical in the four weeks since Hurricane Maria hit Puerto Rico on September 20th. Thankfully Jose is now back teaching his classes, but Puerto Rico continues to face severe food, water, and energy shortages as it begins to rebuild from the disaster. We hope the following interview will continue to keep awareness alive and support flowing to aid the reconstruction there.

Q: Jose, we are so glad that you and your family are safe. Can you describe your experience the night of the storm and the effect on the town near San Juan where you live?

There are certain things that all Caribbean natives are accustomed to. Warm weather, beautiful beaches, and yes, hurricane season. So, every year we “prepare” for the occasional storm. However, no amount of preparation could’ve protected us from the worse hurricane to hit our Island in 100 years. It’s hard to put into words what we experienced the day of the storm, other than to say that there came a point where my family and I thought we were not going to live to tell the story.

Hurricane force winds began to blow at 2 AM the morning of the event, which was curious because at that point the eye of the storm had not even reached our shores. Wind speeds were sustained at 155 mph, with some gusts reaching and exceeding the 200 mph mark. Inside, we waited while our concrete house took a pounding. The storm rattled the windows and doors violently wanting to come in, and you couldn’t see anything out of the windows because of the amount of rain that was falling. I guess it could be likened to what you see when you go through a car wash. When I was little, I used to beg my mom to let me stay in the car while it went through the washing “tunnel.” The pressure hoses would spray water and you couldn’t see anything but the water dancing on the windshield. Well this is similar to what we saw.

As a matter of fact, the water was being blasted onto the house with so much pressure that it began to make its way inside, through any gap it could find, flooding the house. We all did what we could to keep the water out. Some were mopping while others emptied buckets full of water. There was a peculiar smell to the water though. It didn’t smell like rain water, but more like sea water. I later learned that the hurricane was not only blasting the surface of the Island with wind, but also with the water it sucked from the ocean. This went on for hours, literally. As a matter of fact, thirty-six hours passed before the storm exited through the opposite side of the Island. We were exhausted, but thankful we had made it through.

Q: What kinds of damage did your local area sustain and how did it affect access to basic amenities in the days that followed?

It was a surreal experience the day after the storm when we walked outside of our home. Our house had sustained major damage. There were landslides on either side of the house, and the mountain, once our protector, had buried three cars in the carport. But the biggest shock was when we looked around our once picturesque neighborhood. I guess the best way to describe it is that it looked like someone had dropped a bomb. It took two days for us to be able to make our way into town, because the roadways were simply destroyed. The devastation could be seen all around. Nothing had been spared. As we continued to look around we realized that my family and I had been among the fortunate ones. While relatively few lost their lives, tens of thousands lost their homes and thousands were left literally with the clothes on their backs. 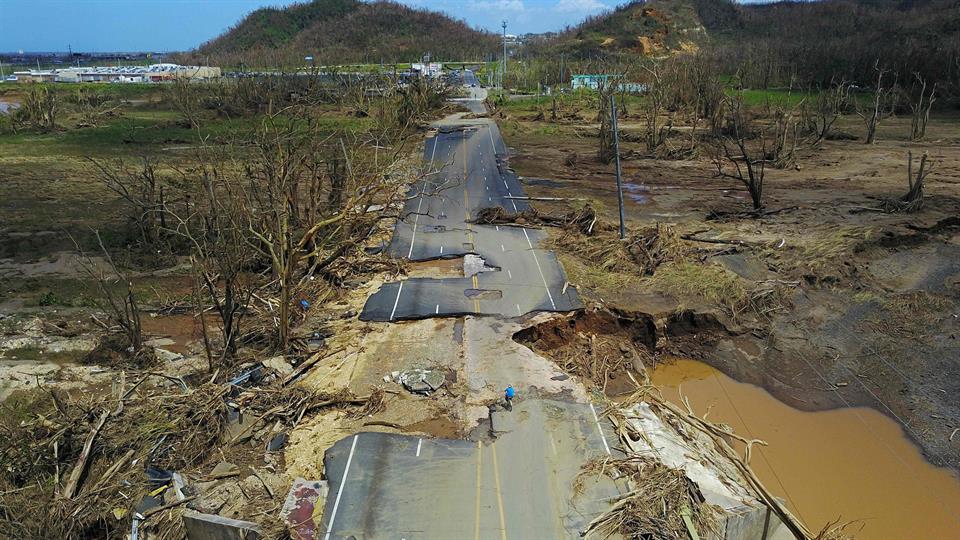 As far as amenities are concerned, it’s important to note that we were also affected by hurricane Irma a couple of weeks earlier. So, there were many people that were already without power and water service. However, after Maria 100% of the population was without these essential services and most where without access to ANY type of communications. I later learned that 100% of the cell towers and communication cells were either destroyed or severely damaged.

When things got really scary, at least for me, was when we realized there was no food or drinking water available. It’s all because of the fuel situation. You see, the diesel and gasoline supplies were cut off for some reason and thus the few gas stations that could open, didn’t, because they had nothing to sell. Supermarkets remained closed because they didn’t have access to the diesel they needed to run their generators, and thus we were left with no where to buy food or water. Money was worthless. We had money, but couldn’t buy anything with it. Little by little, supplies began to trickle in and food and drinking water became more accessible. However, by then the cash flow began to run out. Because there was no electric power and communications were down, we did not have access to banks or ATMs. Now there were some supplies but little money to buy them with.

Q: It has taken time for aid and relief efforts to make an impact. In what ways have you seen aid begin to have an impact?

Because Puerto Rico is an island there are many logistic challenges to overcome, especially after a catastrophic event that affected 100% of the population. After a couple of weeks, you could begin to see some military presence. Convoys of National Guard trucks carrying food and relief supplies are seen periodically. Military helicopters are seen more often, as there are many areas that are cut off and only accessible by air.

Thirty-some days after the hurricane, drinking water is still scarce, we still have no electric power or running water and communications are still a work in progress. Even more alarming is that the thread of disease in epidemic proportions is now a possibility.

Q: What are the major priorities in the reconstruction effort?

Electric power and communications. Without these, there can be no commercial activity and no quality of life. Infrastructure needs to be completely rebuilt. Given this scenario, reconstruction will take years. We must be realistic and patient.

Q: Disasters can bring out the best and the worst of human nature. In what ways have you seen people help each other through this challenging time? What have you personally learned?

There’s no doubt about disasters bringing out the best in people. I’m proud to say that we didn’t wait for the help. We were the help! From day one, you could see people outside clearing roads, and wanting to help their fellow neighbors. Locally we planned to help each other pick up debris and garbage that had begun to accumulate. We also organized brigades within our Christian congregation to help our brothers and their neighbors clear debris, and installed tarps (water resistant sheets) on the homes of those that had lost part of their roofs. This helps stabilize their house until a more permanent solution can be found. We’re also collecting food, water, and other supplies to distribute among the needy ones.

Q: Can you share a story that epitomizes the strength of the people in this challenging time? What are your hopes for Puerto Rico in the months ahead?

There are so many stories to tell! For example, I have a dear friend that even though he lost his house during the storm, is part of a relief group that helps others in need. I asked him, “Why are you helping others instead of trying to solve your own situation?” He told me that he was so thankful for what others have done for him, that he wanted to pay back kindness with kindness.

I don’t know what the future holds for Puerto Rico. While I’m optimistic, I can’t be sure we’ll ever get back to the way things were before the storm. It’s very possible that Puerto Rico will never be the same. I do know, however, that this experience has made us stronger. It has helped us be more aware of what happens around us. Having been through it, we’re no longer oblivious to the pain of others. We can comfort others in their time of need, and we can say, “I know how it feels, but it will get better.”

Jose Ramos is an Adobe InDesign expert, designer, and instructor at Sessions College. If you would like to find out how to help hurricane relief efforts in Puerto Rico, this PBS page has a list of charitable organizations and resources for getting involved as a volunteer: http://www.pbs.org/newshour/rundown/can-help-hurricane-victims-puerto-rico/ 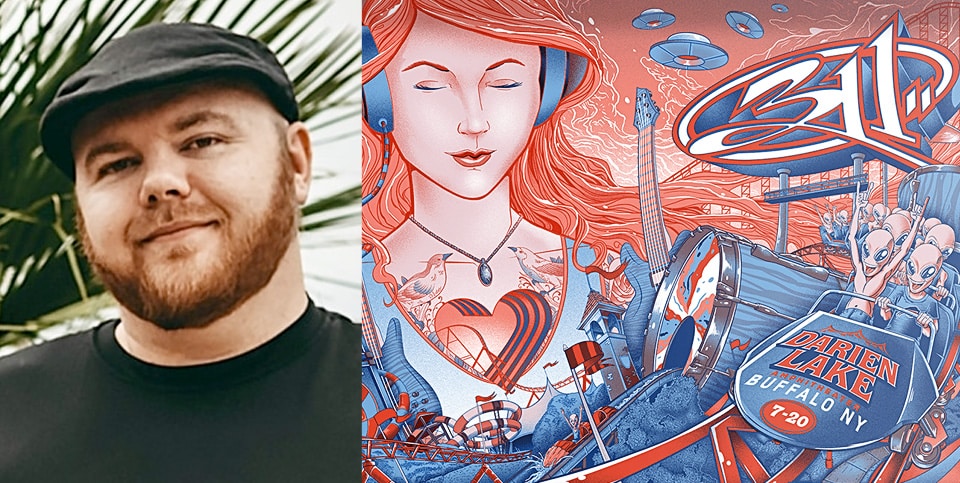 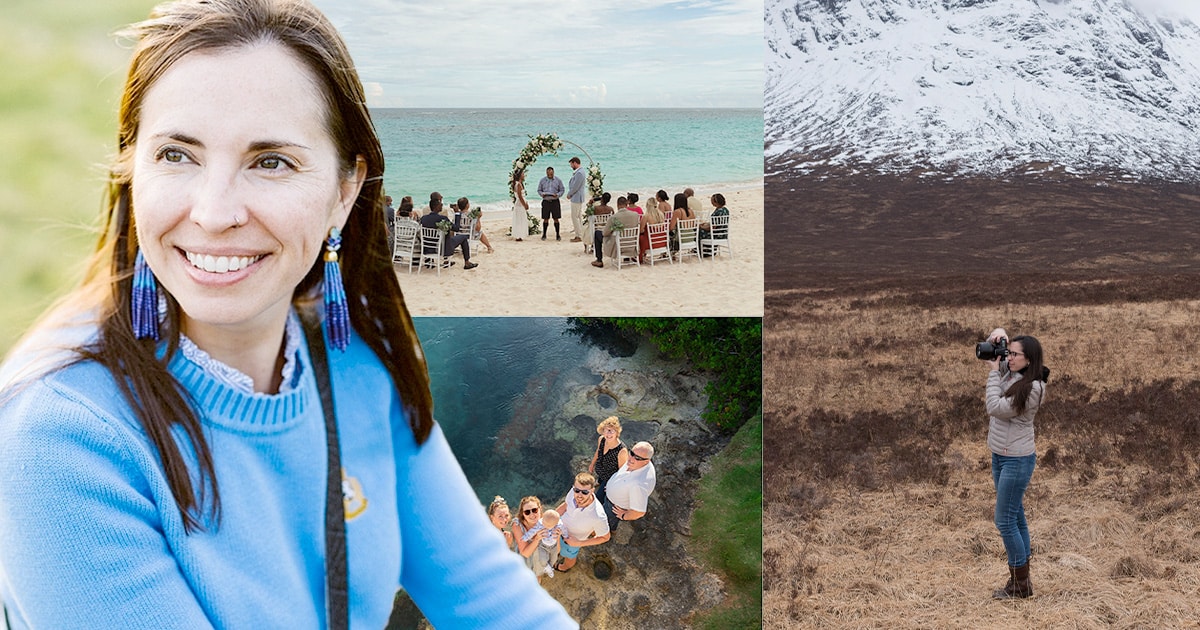