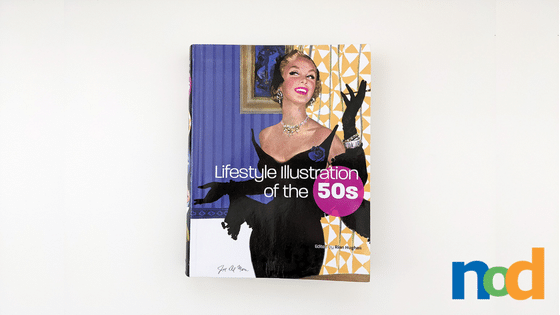 Lifestyle Illustrations of the 50s offers readers a look at post-war Britain and the United States through the lens of commercial art. With the war in the rear-view, the 50s were full of optimism and consumers were eager to enjoy the benefits of an economy on the rise and the finer things that came along with it.

The lifting of rationing on consumer goods and paper led to an increased interest in creature comforts and this change in lifestyle was reflected in the commercial artwork of the times with imagery depicting leisure and fashion frequently featured in women’s magazines like Good Housekeeping and Woman’s Own. With more paper available to print publications, and a growing readership of women looking to exercise their newfound economic power, the number of magazines aimed at women increased dramatically during the 50s. In order to fill the covers, pages, and all the advertisements in between with imagery that would appeal to a female audience, the skills of talented, prolific illustrators were in high demand. 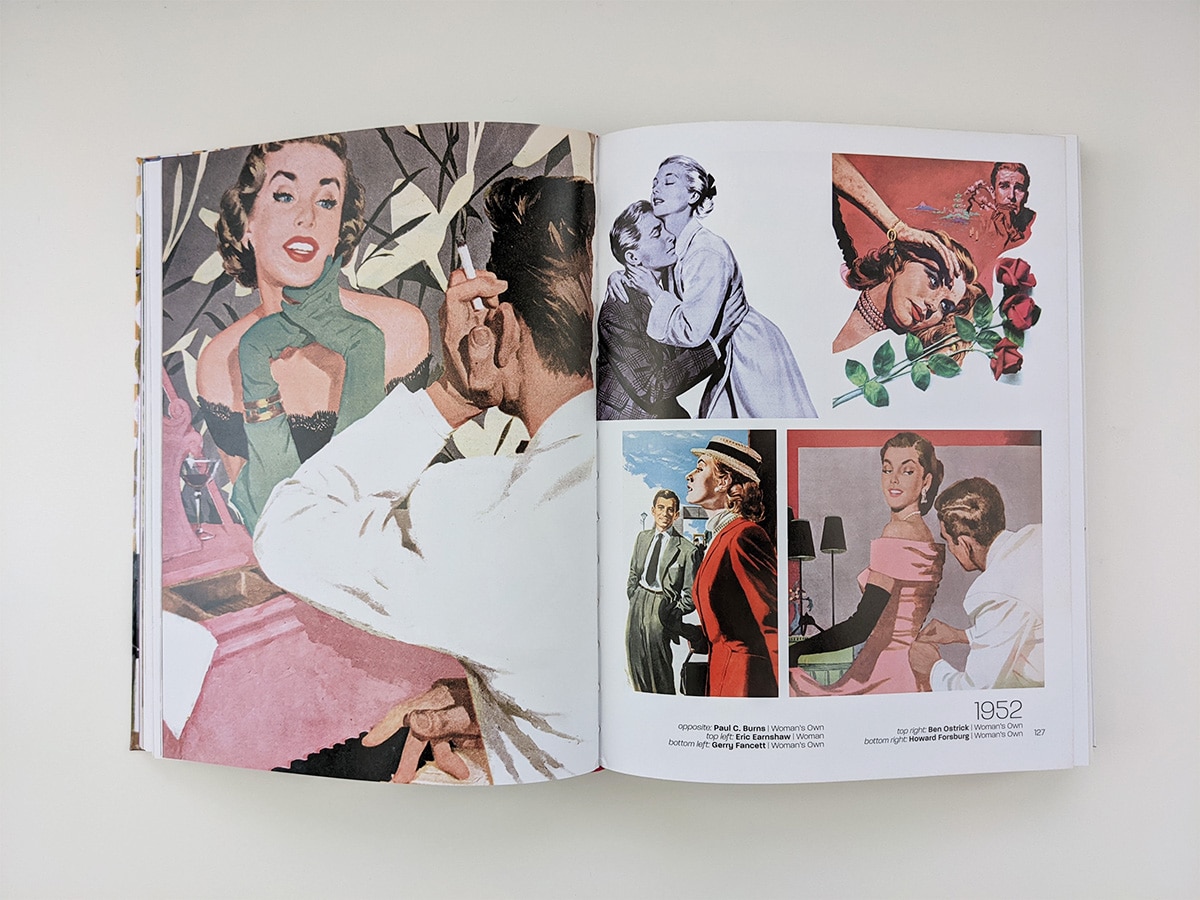 Many such illustrators would rise to the occasion, such as Coby Whitmore, building careers illustrating scenes from the romantic stories these magazines featured. However, due to the disposable nature of their work, being primarily for periodicals and advertising, the incredibly skilled artists working during this time have yet to be properly appreciated for their talents by the wider art world. Aiming to change that, this massive collection of work curated by illustrator and graphic designer, Rian Hughes, gathers the work of both American and British artists, many of whom may have quietly faded into obscurity were it not for the efforts of Hughes.

Thankfully, though, these works have been preserved so they can continue to be enjoyed by a wider audience. The images found in Lifestyle Illustrations of the 50s present a chronological account of the decade, making for an interesting look at how styles in art and fashion developed alongside culture. A wide variety of styles are represented throughout the book, charting differences between American and British artists and audiences. With each magazine occupying a different niche, the illustrator must take into consideration things like budget and demographic when deciding on an approach. For that reason, similar subject matters are explored through many different treatments. 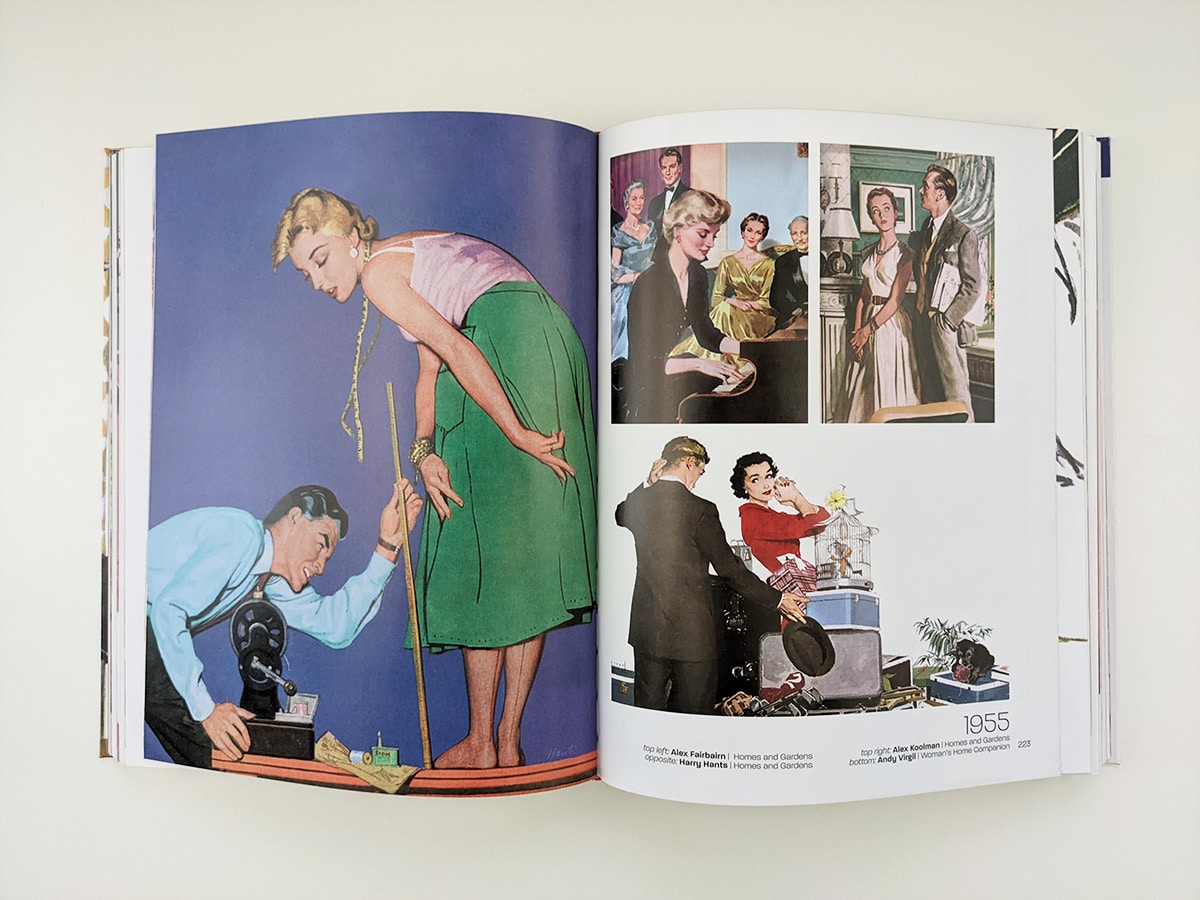 In addition to the large collection of images, the book’s intro and artist bios offer a look at the life of a working illustrator in the 50s. During this period, most working artists were represented by a studio, and the process of commissioning an illustration was much more complicated than it is today. After coming to an agreement with the publisher and a round of preliminary sketches, the studio would get to work arranging models, costumes and props in order to shoot the exact reference images the artist would need to complete the illustration. These costs were deducted from the artist’s earnings, so many artists would build prop libraries of their own, invest in photographic equipment, and develop working relationships with models in order to cut costs. 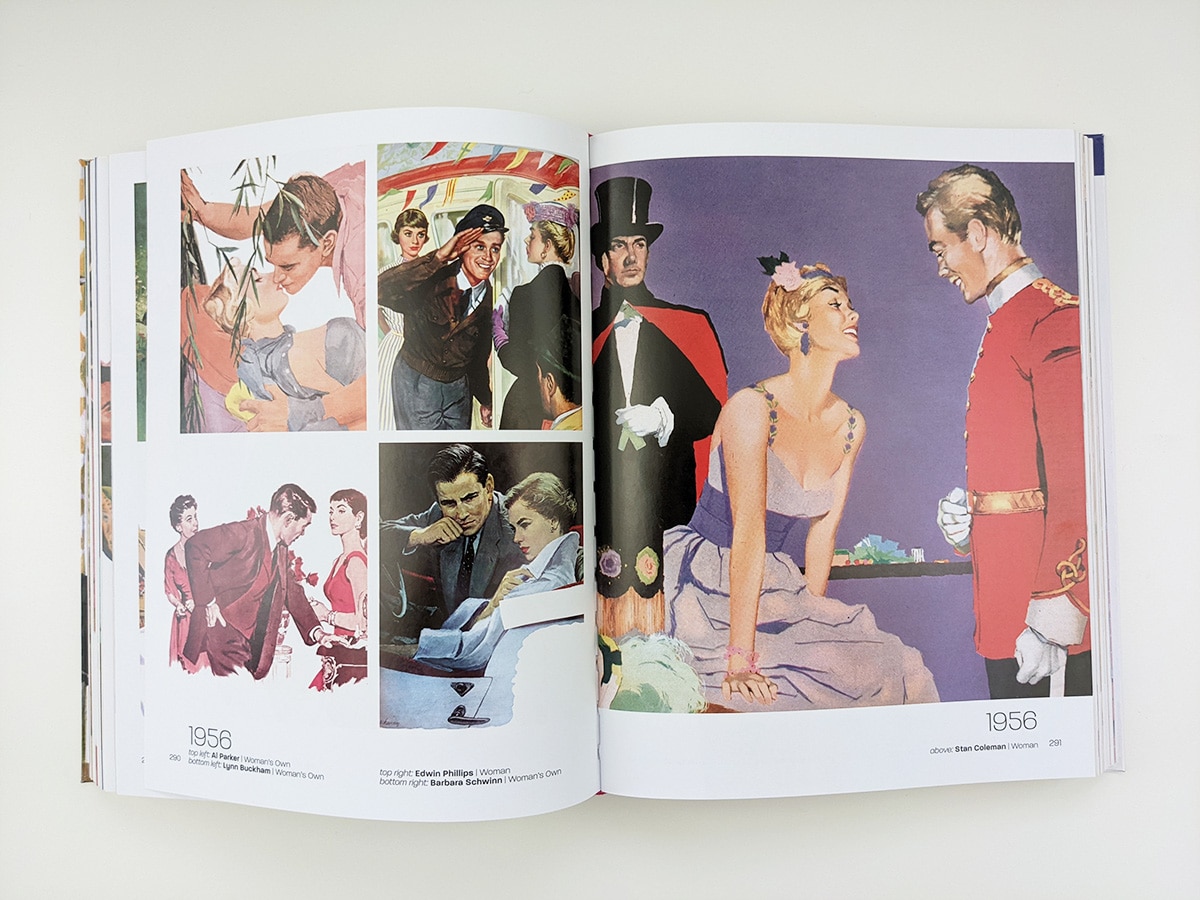 Not only did they need to develop their own reference photos after they’d been shot, but any additional imagery for props that couldn’t be located for the shoot required a trip to the library to peruse their collection. Working on weekly publications, time was of the essence, so the artists worked primarily in mediums with little to no drying time like acrylics and pastel. Any adjustments requested by the publisher or advertiser meant reworking the original, so corrections were costly. Given the amount of effort that went into the creation of these illustrations, Lifestyle Illustrations of the 50s offers a great opportunity to properly appreciate them. If you can find a copy, I definitely recommend picking it up. 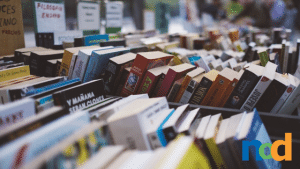 When to Reach for Reference