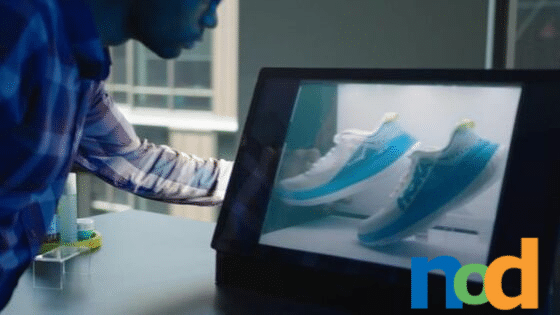 Adobe products have enjoyed their position as the industry standard in many forms of design for decades. AR (Augmented Reality) is an emerging market that Adobe has yet to make its mark in. With the throne up for grabs, 2019 marks a major push in Adobe’s move towards more immersive creative tools. In addition to tools such as Fresco, which utilizes AI to recreate the behavioral properties of oil paint and watercolor, Adobe is exploring hardware products that pair with their preexisting software to create new experiences.

Project Glasswing is a “mixed-reality” LCD that functions much like the AR capabilities of a mobile device. Unlike the AR experience with a phone which allows users to rotate and view the world around them, Glasswing exists in a static, installation space. In appearance, Glasswing looks somewhat like a shadow box or the type of lightbox you would use for product photography, but as soon as it’s powered on, the differences become apparent.

The glass display is capable of being completely opaque, like a traditional display, or completely transparent, like a window. These unique properties, paired with the layer and animation capabilities of software such as Photoshop and After Effects, create a familiar yet fresh AR experience. We’ve seen similar technologies with apps like Pokémon GO and projection mapping for performance arts, but we’ve yet to see them exist together in a more permanent installation. For designers, this means a whole new world of opportunities for interactions between physical objects and digital spaces. 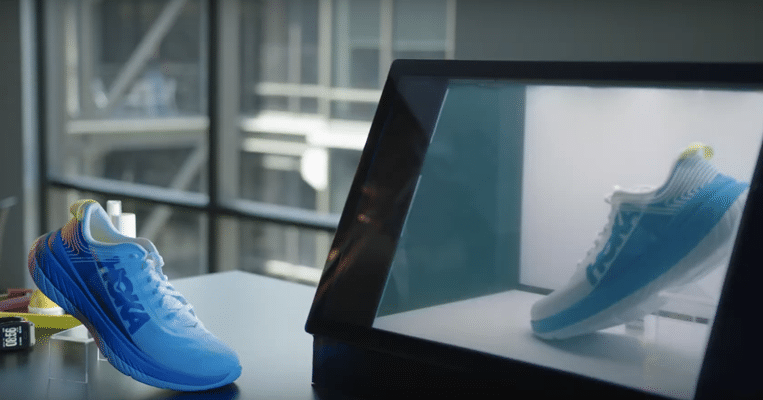 The demo, which features a pair of Hoka One One running shoes, shows a series of animated transitions & interactive labels that allow users to learn more about the product. Because Project Glasswing is only hardware and relies on software the majority of designers are already familiar with, this new type of display has the potential to democratize the kind of interactive design we might have previously only seen in the likes of a science museum. 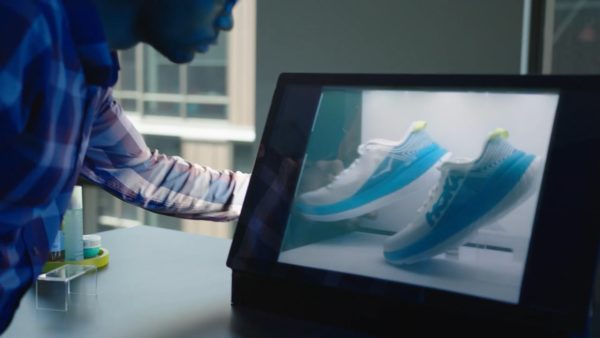 Project Glasswing can be installed anywhere interactive displays are already used, and in many places they aren’t. Glass enclosures housing artifacts in a museum could give visitors an augmented view of its original appearance, and retail spaces can offer views of various options and customizations. It will be interesting to see the different applications that arise as this technology is further developed. 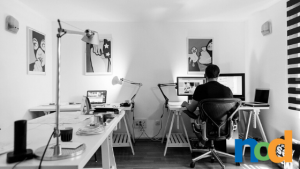 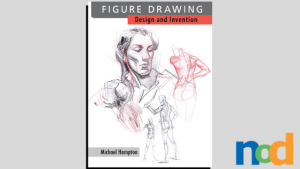