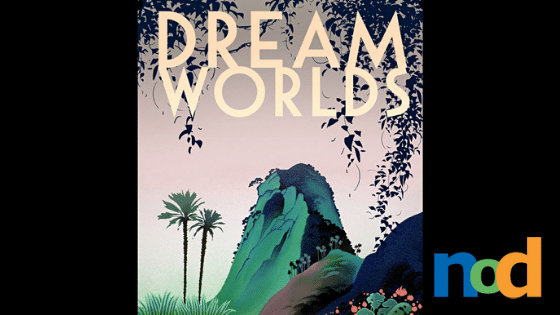 Dream Worlds is a book written by Hans Bacher that offers readers a behind-the-scenes look at the production design work for some of Disney’s most iconic films. Whether you’re interested in animation, film making, or just a fan of Disney, there’s something for everybody. The book is full of illustrations and storyboard work that Hans created during his time with the company, spanning a period of time and a series of titles that served to inspire the animators and creatives of today. 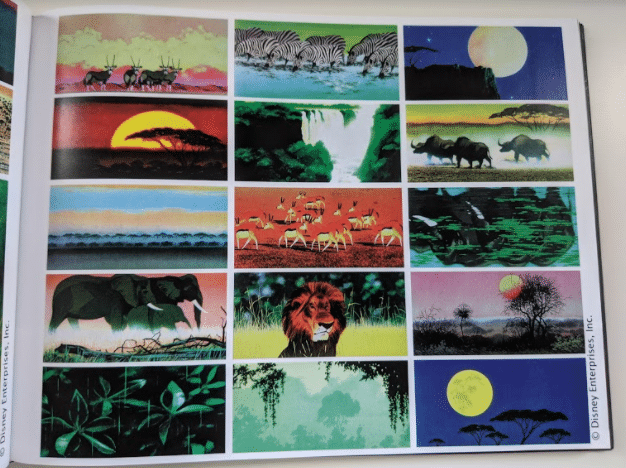 The book is a somewhat chaotic mix of anecdotes, artwork, and instruction. At times, Hans is explaining how students can refine their visual thinking and storytelling skills before abruptly switching to a story about traveling to London to begin work on Beauty and the Beast. While the order of the book may come off as a bit scattered, it does a good job of communicating how it must have felt to work in Hans’ position, beginning projects in utter chaos and gradually reigning it in until a final product has been produced and the work is complete. 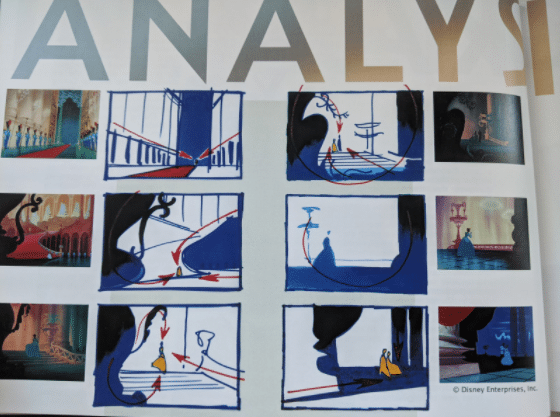 For those interested in film, Hans offers a wealth of information. His insights may appear somewhat basic on the surface, but his extensive selection of examples help to illustrate how they can be employed to achieve a high degree of complexity and sophistication. I find his thoughts about film analysis and composition to be particularly valuable. Animation is a visual medium after all, and the shots of a film are composed in much the same way as any other visual medium, such as illustration or photography. However, films are expensive to produce, and their compositions have to accomplish a number of things simultaneously. They help the viewer to not only understand the action and where to look but communicate emotional information as well, such as explaining a character’s relation to their environment or their dynamic with another character. Hans offers a look at how shapes and color are used to accomplish this and how both evolve over the course of a film to further explain the narrative. 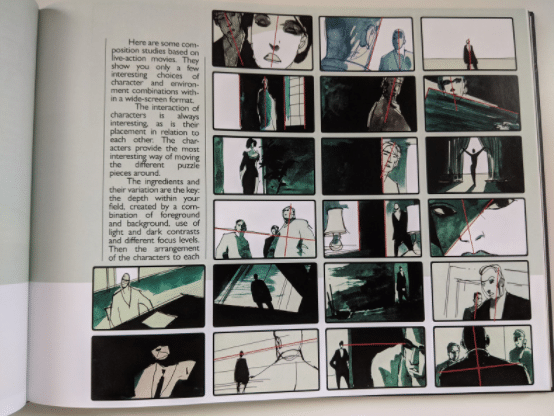 For fans of Disney, Hans shares stories about the visual development process for some of the films he was involved with, namely, The Beauty and the Beast, Aladdin, The Lion King, Hercules, and Mulan. It’s interesting as a fan of these movies to see that not everyone who worked on them was happy with the outcome. For Beauty and the Beast, the visual development team was sent to the heart of France where they spent 4 days visiting castles and learning about the area’s history. Despite collecting a large amount of reference in the form of sketches, photographs, and video, the production later opted for a generic “Disney” look, which left Hans feeling sour about the film as a whole.

Regardless, it’s an interesting look at the amount of work and time that is put into these films. It’s a fun, easily digestible read and it’s full of bright, energetic illustrations. If you have the chance, I highly recommend you pick a copy up. 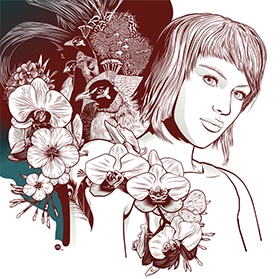 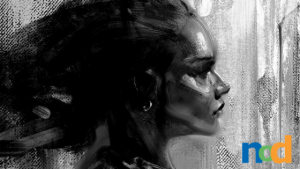