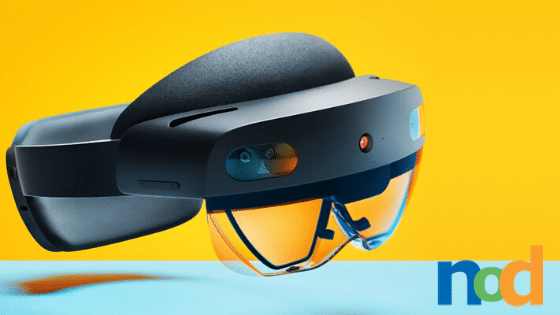 When AR and VR devices first started to appear on the consumer market, imaginations ran wild. Suddenly, the immersive UIs seen in sci-fi movies seemed plausible and our collective hopes were high. Unfortunately, technological limitations meant that the devices were often heavy, making them uncomfortable to wear for long periods of time and limited in functionality. Since first hitting the market, VR and AR technology has come a long way.

Developers now have a much better idea of how best to overcome limitations and merge this technology with human behavior and gesture. Recently, Microsoft Hololens 2 was released and the lessons learned from the first model have made for a promising step towards the mainstream adaptation of AR. 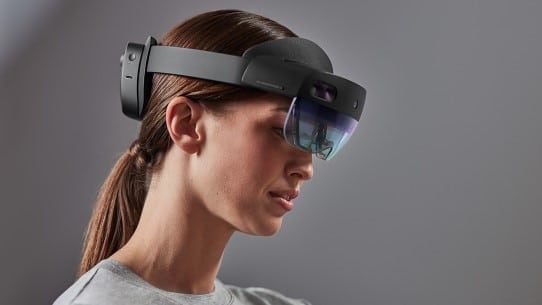 The Hololens 2 boasts a load of new features and improvements from its predecessor. Unlike devices from HTC and Oculus, which are similar in appearance, the Hololens 2 is an AR headset, allowing its wearer to interact with digital spaces without removing them entirely from their physical environment. Considering the focus for this device, this approach makes sense as it allows for multiple wearers to interact in both physical and digital spaces simultaneously, unlike VR, which completely obstructs the wearer’s view of the outside world, but more on that later. 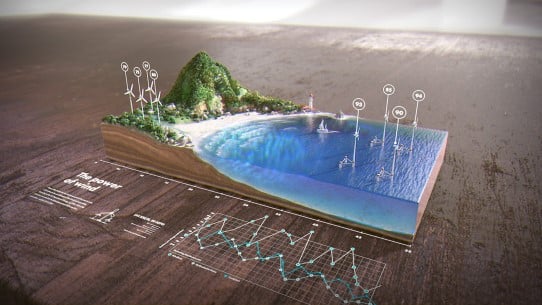 A great deal of effort was put into making the Hololens comfortable to wear for extended periods of time. The first Hololens carried the majority of its weight on the front, causing it to slide down the nose of the wearer like an oversized pair of glasses. The need to constantly readjust the headset made for a much less immersive experience. The Hololens 2 comes in at 13 g, which is significantly lighter than its predecessor. The weight is also evenly balanced between the front and back, making it much more comfortable to wear for longer periods. Another factor that hurt the immersive experience of the first model was its narrow viewable area. The Hololens 2 sports a viewable area that is twice as big, and the entire viewing surface is also capable of flipping up, similar to the type of visors worn by welders. This allows wearers to quickly switch between physical and digital workspaces.

Other design considerations include special materials that don’t cling to hair, making the device easier to remove, as well as an easy to adjust fitting dial allowing multiple users to share a single device. 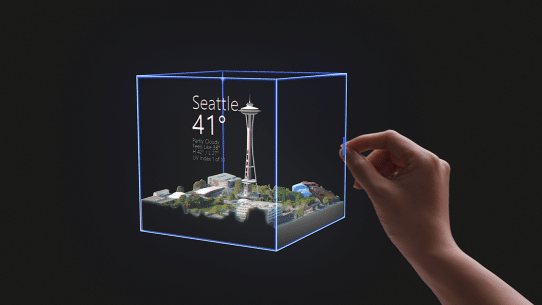 A big focus of the development for the Hololens 2 is referred to as “Instinctual Interaction,” essentially, design centered around intuitive gestures that make the technology feel more natural and immersive. Unlike other devices which require controllers to orient the position of the user’s hands, the Hololens 2 has both hand and eye-tracking without the need for a controller. As soon as the headset is put on, it begins to calibrate to the user’s hands and tracks their eye movements. Browsers, menus, and other interactive elements can be controlled via gestures by hand, eye, and even voice. Voice commands can be used to manipulate the digital environment, dictate messages, and perform searches, even conjuring up 3D models from the web simply by saying their names. 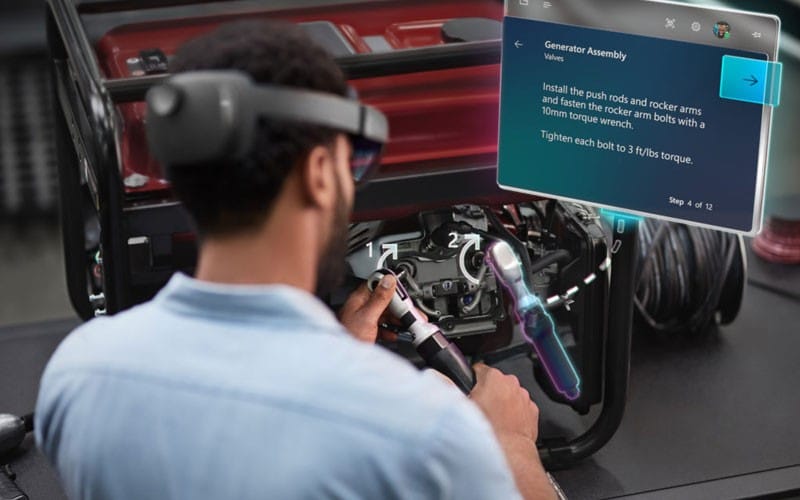 For most people, gaming is likely the first application that comes to mind when the topic of VR/AR is mentioned. However, at a price point of $3,500, Microsoft has a different audience in mind for the Hololens 2. The entire system is integrated with Dynamics 365, Microsoft’s suite of applications for enterprise resource planning and customer relationship management. In particular, Microsoft is pushing the collaborative angle with the Hololens 2. The device offers the opportunity for interactive hands-on training. Students and teachers can work together in a shared space despite being in different time zones or separated by large distances. In terms of collaboration, this also saves a great deal on travel costs. International collaborators can create permanent digital rooms to house their research for any given product. Visitors can leave and come back to find it exactly as they left it, just as if it were a physical room.

VR/AR still appears to be in its infancy, but as the technology develops we will continue to find new, more specialized ways of using it. For the time being, the Hololens 2 is an interesting look into a more practical, business-oriented AR device. 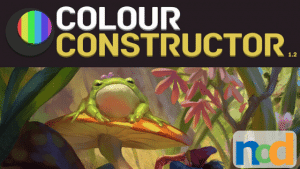 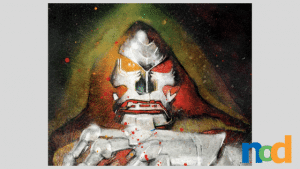 Why They Work: Bill Sienkiewicz